I recently finished writing the first edition of OpenDroneMap: The Missing Guide. I thought I’d write a blog post about the overall experience in the hope that it will be useful to other want-to-be writers. First of all, if you are a software developer and you are thinking of writing a book about a project you’re involved with, don’t do it for the money; the amount of work required to write a book is huge compared to the monetary returns. […]

How To Make Money With Open Source? Hint: Sell Something

Free and open source software is creating a lot of value. Maintainers however are often capturing no value from their work, rarely out of choice and often times because those individuals and companies that could contribute and fund the development of a project choose not to. And you can’t fault them. People need to ditch donations/crowdsourcing/patronization models and start selling something instead. Read the slides from my recent presentation at FOSS4G-NA: Please Sell Something – FOSS Funding for the Next […]

As of today, I’m joining the crowd of people quitting social media. I joined Facebook in 2007 and haven’t used it much for the past 3 years. I used to like its ability to keep me in touch with friends from oversea, but for a while the platform has just become a brain-dead tool for stealing people’s time via gambling tactics and mind exploitation. None of the people I care about show up in my feeds, and it doesn’t matter […]

Move Docker To Another Location on Linux

Docker can take a toll on your disk space. Fortunately you don’t have to keep the files in /var/lib/docker and on certain cloud providers like Digital Ocean it’s cheaper to attach a new block volume than to upgrade a droplet to get more disk space. After you’ve decided on a location, simply do: Change /lib/systemd/system/docker.service: Then: When you’ve verified things are working, remove the old docker directory.

On the Importance of UX in Decentralized Applications

Have you heard of Mastodon? It’s a decentralized and open source twitter-like platform using open standards such as ActivityPub to function. Among many other features, it has no ads and a chronological order feed. In short, it’s awesome. I’ve tried to explain to my wife the concept of Mastodon. “It’s like Twitter, but you can install it on your own machine. And you are not isolated, if somebody installs their own Twitter, my Twitter can communicate with their Twitter”. Her reaction was like: […] 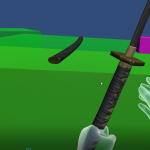 As an Aikido practitioner, I find the possibilities of VR very interesting for introducing new people to Japanese martial arts. Here’s a toy demo made in two hours. I’m hopeful I’ll find some time to expand this into a full game at some point in the future… 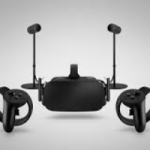 I bought an Oculus Rift. Like with most technologies, I’m usually a “late adopter” (for developer standards) since I enjoy more tested products and lower prices. I was quite impressed. Although the video resolution is still far from HD, you are tethered via cable and need several tutorials to get the hang of the touch controllers, the experience is amazing. No doubt, this is the future of videogaming. If you can fork out the money to buy a serious gaming […]

I’m not going to write a long post about the debate on whether people working from home are more productive. I’ll let this article about a 2-year Stanford controlled study do it: https://www.inc.com/scott-mautz/a-2-year-stanford-study-shows-astonishing-productivity-boost-of-working-from-home.html In short: 500 employees were divided into two groups One group working at the office, the other at home Telecommuters worked the equivalent of an extra full day of work, attrition decreased by 50 percent, they took shorter breaks, had fewer sick days, and took less time off. […] 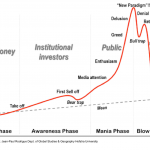 I heard about Bitcoin and started accepting donations for some of my projects sometimes around 2011. The page about PokerMuck still reports the 0.53 BTC that were raised to support it (a little less than $30 dollars at the time). I mined about another 0.5 BTC during that time, which I all lost in the Mt.Gox hack. In hindsight it’s been amazing to witness the life of cryptocurrencies. I wasn’t old enough to remember the craze of the dotcom era, but […]

Running ROS on Arch Linux (The Easy Way with Docker) 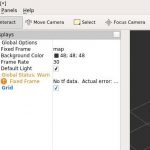 Installing ROS on Arch is a pain in the rear. The fact that Arch is a rolling release distro makes it difficult to compile most of ROS dependencies. Even if you eventually manage to compile everything, you will find yourself running into all sorts of trouble compiling third party libraries, fixing problems between Python 3 and Python 2 and don’t even ask what happens when you do a system update. Save yourself the trouble and use docker. You will be up […]