Drone mapping has been the focus of my work for the past few years. For 2020 I’m planning to increase this focus with the development of DroneDB, which I have hopes will replace the (clunky) workflows around aerial data management. For this reason I’ve adopted a new name for all drone tech related business activities (and hopefully put an end on the “how do you spell Masserano?”). Say hello to UAV4GEO. Website: https://uav4geo.com

Scenario: Multiple containers running a web service over SSL (with their own certificates) Different web domains for each service Single machine and single public IP How to make both services work on the same machine? I couldn’t find easy instructions on how to get this done, but a bit of research and trial and error led me to HAProxy. The setup is pretty simple: Setup DNS A records to point to the machine for both domains Start the containers using […]

Prediction: VR will take-off within 10 years.

On August 8th 2016, almost three years ago, the WebODM project was started. The goal was to bring a friendly user interface to OpenDroneMap, which at the time worked only via command line and had a bare-bone UI via NodeODM which lacked things like user authentication, map previews, 3D model display, etc. Yesterday I merged the entwine branch which upgrades the 3D model display to support EPT and the new features of Potree 1.6. The release is mostly symbolical, as […]

The SIFT patent has almost expired

Correction from 10/9/2019: I thought the patent had expired this year, due to the confusion on the Priority Date vs. Filing Date. The patent is still in effect, and is set to expire March of 2020. As of March 7th of next year, the SIFT patent will expire in the U.S. U.S. patents are valid for 20 years from the earliest filing date, but can be extended to 21 years if a Priority Date is used, and SIFT (US6711293B1) was […]

Great article about ODM. We REALLY need to start translating / localizing the software in other languages.

I don’t usually repost other people’s articles, but this one is worth reading (even if just for the laughs). https://idlewords.com/talks/website_obesity.htm I’m certainly guilty, sometimes.

The Free Rider Problem applies to free and open source software really well. If you’re a maintainer, read it up. https://en.wikipedia.org/wiki/Free-rider_problem

Open Source Software and the Constructal Law, or why the FOSS is strong 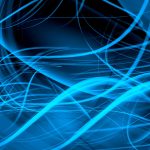 For a finite-size system to persist in time (to live), it must evolve in such a way that it provides easier access to the imposed currents that flow through it. (Adrian Bejan) If you’ve never heard of the Constructal Law, a good place to start is Wikipedia. While we can criticize at length its universal validity as a “law”, there’s some pretty good evidence that it applies well to human-made processes and designs. And software is a human-made design. How […] 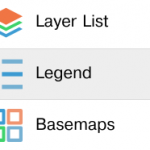 It’s been a while since I’ve designed some icons. I’ve based some of them out of the IcoMoon dataset, made some from scratch and colored them to match a palette. These are going to be available as part of VirtualGIS‘s first Maple release. Stay tuned.

Hi! I'm a software engineer, UX designer, entrepreneur and book writer. I'm mostly known for my contributions to OpenDroneMap of which I'm a lead maintainer. Check out my other projects.